Opened in 1990, Princes Mead Shopping Centre has always been at the forefront of retail excellence. Situated in Farnborough on the borders of Hampshire, Berkshire and Surrey, our visitors come from far and wide. For commuters, we’re only 35 miles from London, and Farnborough plays an important part of the capital’s commuter belt. 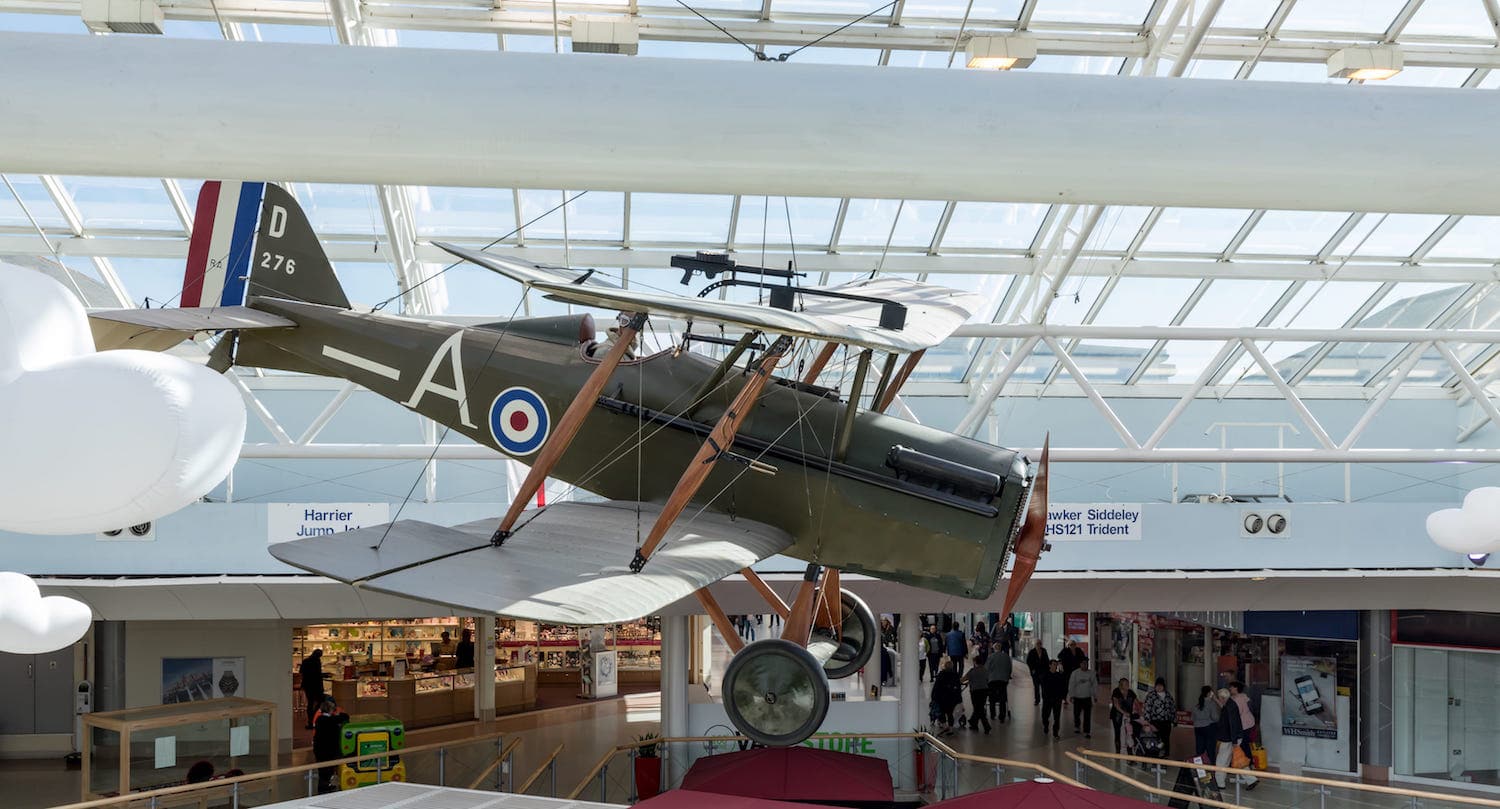 Frequent visitors to our centre can’t fail to notice the SE5A aircraft hanging in our main atrium. This Single Seater Fighter plane was installed when we opened in 1990, and has only been taken down once in 2000 for a spruce up.

The SE5A was the first aircraft made by the Royal Aircraft Establishment in Farnborough as a true factory aircraft.

Its contemporaries, such as the Sopwith Camel and Sopwith Pup, were made by a variety of craftsmen in several locations, whereas the SE5A was a complex aircraft with a multitude of forgings and castings that could only be made under the strict control of a sophisticated modern factory.

The aircraft depicted in this full size replica was flown by the leading British Ace of World War 1, namely Edward (Mick) Mannock VC, DSO and Two Bars, MC and Bar.

You can find out more about Mick Mannock on a special poster in our centre. It’ll give any history buff even more information about his spectacular life.

Then please do get in touch with us today; we always love to hear from our customers.